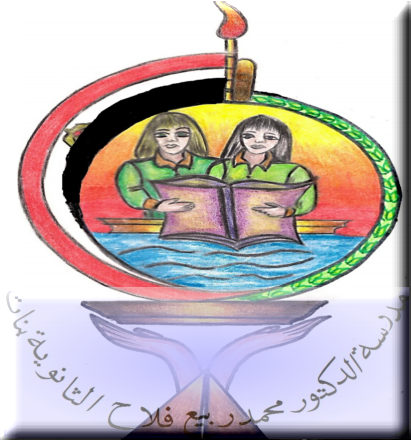 All quotations of The spiders

1-“A team of six archaeologists found these two rooms last week. The gold objects were sent to the Museum in Cairo yesterday ”

The oldest man to the robbers

2 -“ How did you get the information.“ The tall man to the oldest man

3“There are probably more rooms here. If they contain gold too, we will be rich .” The oldest man to the robbers

5-“If there are more rooms here ,this machine will find them in minutes”

The small man to the oldest man

6–“What does that machine do .” The tall man to the small man

8-“It transmits radio waves through the wall , then the waves …..“

The small man to the tall man

9-“So why don’t archaeologists use (G.P.R )“ The tall man to the small man

11“We haven’t much time ,we must find what we want and get out before morning “ The oldest man to the robbers

15-“There aren’t any deadly spiders in Egypt .we might get sick ,but we won’t die” The oldest man to the small man

16-“May be it‘s unknown species of spiders.” The small man to the oldest man

The small man to the oldest man

18-“Their water ‘s all gone . They probably got lost and died of thirst “

The pilot to the engineer

20-"The archeologists haven’t found them yet .we‘re hoping to find them first . The oldest man to the robbers

The small man to the tall man.

22- “They do but not very often because it is expensive .”

The small man to the tall man .

23-Didn’t you hear about those fish in south America ?

The small man to the oldest man .

24- “Spiders use webs to catch flies, but I’m going to use the web to find the spider.“ Ayman to himself

Dr. Shereen to Ayman in her e-mail

This was part of Ayman’s first E – mail to Dr. Shereen

27-“ I think the town was a real town, but nobody knows exactly

where it was“ Dr Shereen in her E-mail to Ayman

29- I have read your translation of the story about Do you think the story is true .” Ayman to Shereen

30-Good luck with identifying your spider . Shereen to Ayman

31- “ Is there a picture of the spider with the text .” Ayman to Shereen

32-“ I’m sending you a very old picture that was found in a tomb near Bawiti last year. “ An Egyptian archaeologist to Dr. Shereen

35-“But this spider can’t be the same as the killer spiders in the ancient text . Ayman to Shereen

36- “ Because there aren’t any killer spiders in modern Egypt . “

37--“ I hope you are right but I think you should tell the police about all this ." Shereen to Ayman

38-“If I say I have seen a big dangerous spider, everyone will just laugh at me .” Ayman to Shereen

39-“don’t worry, we’ll find it on the database” Suzan to Dr. Shereen

40-“ You mean new Species are often discovered . “ Shereen to Suzan

41” Those are all the black and yellow spiders matching your description” Suzan to Dr. Shereen

professor Jones to Suzan and Shereen

professor Jones to Suzan and Shereen

44- “ -But ,if, he saw it, why has no body seen any of these spiders before?” Dr. Shereen to professor Jones

45-“ Not just him and his family , Everyone in Hamdayya might be in danger.” professor Jones to Shereen

47-I think we should tell Prof Jones ." Suzan to Shereen

48-You don’t like arachnids , do you ? Jones to Shereen

49-May be these spiders live in a remote part of the desert .

50-But hospitals can treat spider bites , can’t they ? Shereen to Jones

51-Scientists will have to develop a new antivenom . Jones to Shereen

53-I‘ve just decided where I ‘m going for this vacation .

54-“I have discussed the black and yellow spiders with professor Jones .“

55-“Tomorrow morning! That’s now! Professor Malcolm may be here at anytime.” Ayman to himself

56- “ Dr. Shereen thinks I should tell the police about it.”

58- “ There is another thing you should think about .” uncle Walid to Ayman

59-“ stories about dangerous spiders are not good for business . “

62- “ They are going to guard an archaeological site in the desert . “

63-“All the archeologists at the site are dead . They were found early this morning Mohamed to his father

Mr. Hassan to his son Mohammed

64-“ My men are going to be in the danger of the spiders until we get the correct antivenom .” Colonel Mikhail to Professor Jones

67-“ If the spiders are unknown there is no antivenom for them . “

69- If people believe your story , they won’t stay in hotels . Walid to Ayman

71- We have protective clothing . Do you need any other special equipment . Mikhail to Jones

72- If the spiders are unknown species , is there on antivenom that we can use . Jones to Mikhail

73- You both leave in thirty minutes with captain Ahmed .

74- We have one hour before we reach the site .Tell me everything about spiders . Ahmed El Sherif to Jones

76- “ You know what happens when you catch a cold .“ Jones to Ahmed

77- “ However, if these spiders are an unknown species . Scientists will have to develop a new antivenom “ professor Jones to Captain Ahmed

71- “ The text describes a medicine for bites of the black and yellow spiders that kills .” Shereen in her e- mail to Ayman

72- “ Then we will have no protection against them for years .”

73- “ I don’t know much about plants . This botanist Wafaa Sultan is the person to ask .” professor Jones to Captain Ahmed

74-“ This is fantastic .” professor Jones to the search team

Professor Jones to the search team

76-“ Yes , they are the same as the spider I saw in town . only that one was larger . Ayman to captain Ahmed

77 - “ My job is to prevent more deaths.” Captain Ahmed to professor Jones

78-“ I will pass your opinion to the colonel. This matter must be decided at a higher level .” Captain Ahmed to professor Jones

79- “ I don’t know much about plants. This botanist is the person to ask . Professor Jones to captain Ahmed

80-“ The spiders fangs broke through his face mask ! We must leave here immediately .” Captain Ahmed to search team

82- I‘ll phone the university and find this . Colonel Mikhail to Ahmad

85- The spider’s fangs broke though his face mask ! We must leave here immediately . Captain Ahmad to the search team .

86- “I think he just breathed in some insecticide .” Jones to search team .

88- “I understand your scientific interest , but ten people have died already .” Captain Ahmad to Jones

91-“ This is a new species . This is a great scientific discovery .”

The professor to Ayman and captain Ahmed

94-“I have ordered stronger protective suits . They will be here in the morning .” Colonel Mikhail to the search team

95-“I will be happy to do what I can .” Professor Jones to colonel Mikhail

96- In your opinion, are we looking for just one spider or many spiders ”Colonel Mikhail to Professor Jones

97-“There is only one female spider in the town because females are very big .” Professor Jones to Colonel Mikhail

98-“ In any case , the female spider is a thousand times dangerous than the male . Professor Jones to Colonel Mikhail

Colonel Mikhail to the professor

Captain Ahmed to the officers

Captain Ahmed to one of the officers

105“My men are looking for the body and the professor is helping.

106-“ He has only hours to live unless the Echinacea Negra can get to him in time .” Captain Ahmed to Colonel Mikhail

107- “ They have found some Echinacea negra plants and the cars are on their way back .” Colonel Mikhail to Captain Ahmed

108-“The female’s venom is too strong .So we must be sure the female is dead .” Colonel Mikhail to Captain Ahmed

109-“ She must get here fast .” Captain Ahmed to the colonel

one of the officers to Colonel Mikhail

Colonel Mikhail to one of his officers

112- Where does a spider like to build its nest . Mikhail to Jones

114- Are these plants likely to help Ayman ? Ahmad to Mikhail

115- She says it might work for these spiders but only for the bites of males or young spiders . Mikhail to Ahmad

118-“ we have to get through. We have a young man’s life in our hands “ Wafaa to Osama and Farouk

122-“ The next wadi is twenty minutes away . I'm afraid it will be too deep by that time .” Osama to Wafaa and Farouk

124-You have the plants . You must come across .” Osama to Wafaa

Wafaa to Osama and Farouk .

Osama to the 2 policemen in the 3rd car .

132-"He's still in intensive care, His breathing stopped around 1 A .M. and we're keeping him alive on a ventilator."

133-“ Did the plants get through “ Nurse Mona to nurse Huda

134-“Ayman Hassan is breathing normally again . He is going to be fine

the third nurse to Nurse Mona and nurse Huda

135- "Yes. They're all there with him. They'll be there when he wakes up." Nurse Huda to nurse Mona

136- " They think it's probably dead, but it might be still alive, so they have to keep looking for it." father to Ayman

137- "But your adventure is finished, thank Heaven!" mother to Ayman

138- "Everyone's talking about you! Lamia to Ayman

139- “ There was a picture of you in the newspaper and on television .”

140- "Professor Malcolm says that you saved the world from the spiders."

143- "I feel like a new person with a new future!" Ayman to his family

144-"Let's take a family photograph with your new camera,"

145-"Does anyone know what's going to happen to the spiders in the desert?" Ayman to Lamia

146-If nobody goes there, they won't hurt anybody." Lamia to Ayman

147- Archaeologists will want to go there. So will tourists.”

148-"I think science will find an answer. Until then, I agree that we shouldn't hurt the spiders." Ayman to Mohamed

died without the intelligence and bravery of this young man."

The minister to the reporter

151-“you expected Ayman to die from the bite of the female spider, didn't you?" The reporter to Dr. Salah

152"The female's bite is very, very dangerous, and we have no medicine for it Dr. Salah to the reporter

154-"And a very special 'Thank you' to Ayman Hassan, the most popular young man in Egypt today!"

The reporter to the viewers watching the programme

155- The newspaper said that you saved hundreds of lives .

156- I don’t think they should be killed . Lamia to Ayman , Mohamed

158- “The minister described Ayman Hassan as a brave young man who was ready to give his life to save others” . The reporter to viewers

159-“They are celebrating because Ayman is still alive .”